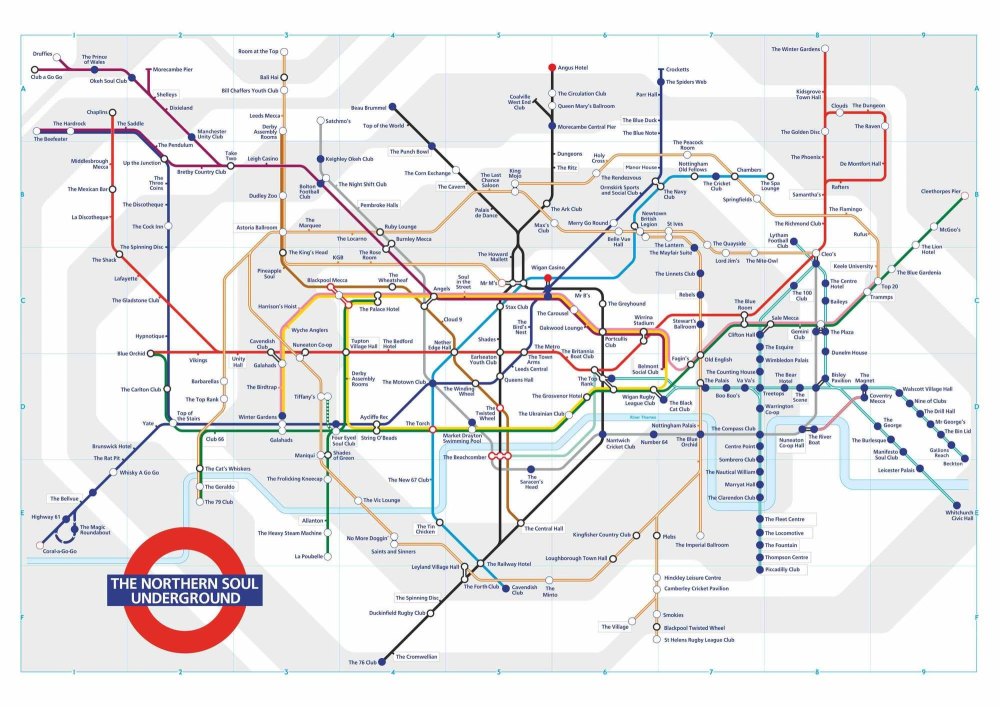 0 in your basket
View Basket Checkout

The print has been produced on 150 gram gloss photo paper measuring 594mm wide by 420mm, that's A2 size.

Included with the print is an alphabetical list of the clubs used to produce the image. The list is not definitive, I'm sure we will have missed a few clubs, but it did take us over a year to bring together the names of almost 300 clubs. These range from the really early clubs such as King Mojo, the big Northern Soul Clubs such as Wigan Casino, to the more obscure clubs such as the Geraldo and Coral-a Go-Go.

We think it is quite fitting - an Underground Map design celebrating the biggest ever underground music scene that has ever happened in this country!

The print comes with a Certificate of Authenticity.

Post and packing is free in the UK, with low rates for airmail to destinations abroad.

Northern Soul Art - only for The In Crowd!